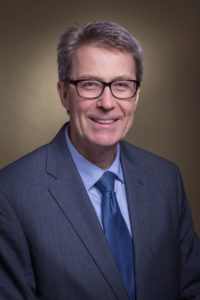 As the legalization of marijuana sweeps across the United States, it has the potential to disrupt the restaurant and bar business. Growing cannabis use has the possibility to reduce consumption of alcohol, which could hurt businesses that serve alcohol. On the opportunity side, many entrepreneurial restauranteurs are devising ways to serve cannabis infused foods or beverages in the hope of participating in a new market sector. While time will tell how these forces will play out, there is one change to the business that is being felt presently. Bars and restaurants are facing an increasing number of patrons consuming cannabis before or while drinking alcohol, which increases the risk of intoxication related incidents. The rise in consumption of cannabis infused edibles could only increase this risk.

Cannabis consumption in the United States has been around for a long time, but usage is growing as legalization makes it more socially acceptable. Edible cannabis has soared in popularity recently, especially among young adults, and these products are creating a new set of risks. Marijuana-infused edibles take longer for their effect to be felt and when they do kick-in, users could be under the influence of cannabis for several hours. Because edibles take effect more slowly, there is significant potential that a user can take too much before they have even felt the effect of the drug. Bartenders could be surprised to see someone completely sober one minute and clearly under the influence a short time later. Recent studies show that edibles are more likely to send users to the emergency room than its smoked equivalent.

Establishments that serve alcohol are governed in most states by “Dram Shop” laws, which hold them responsible for damages that result from the over-service of alcohol or the service of alcohol to minors. Dram Shop laws explicitly prohibit serving alcohol to people who are visibly intoxicated. While bartenders and servers are trained to spot people who are inebriated, identifying someone who is under the influence of cannabis can be a different challenge.

All of this poses a liability risk for restaurants and bars because it can be murky to distinguish whether a guest caused an accident or injured someone as a direct result of alcohol or a marijuana-laced product consumed at your establishment. Currently, there are no national equivalent cannabis laws to Dram Shop laws, so business owners that serve alcohol may still have to defend lawsuits if their patrons injure people as a result of the over-consumption of cannabis.

Business owners might find it hard to combat this change in culture, but there is hope for businesses willing to remain vigilant. The most effective way to protect your restaurant or bar from liability claims is to stay informed of trends and keep your bartenders trained on proper service of alcoholic beverages. The second is to make sure you are carrying the appropriate liquor liability insurance coverage. Liquor liability insurance protects bars and restaurants when they are accused of overserving alcohol to a patron and that patron goes on to injure someone. Liquor liability insurance will cover the cost of these claims up to the policy limits and the associated defense costs. This insurance will also pay for defense costs if lawsuits are presented that are ultimately determined to be related to the consumption of cannabis rather than alcohol.

Without the proper coverage, businesses could be hurt financially or even forced to close from a single claim involving cannabis. With proper coverage, if it is later determined that liquor was not the driving factor that led to bodily injury, business owners can rest assured knowing that their insurance provider will pursue legal actions to exonerate them in pending legal cases.